In 2016, a Micro Hydro project was built downhill from the City’s waste water treatment facility near the Peace River. A generator on the gravity-fed discharge pipe creates 780 MWh of energy each year, which is enough to power 70 homes. Fort St. John receives approximately $75,000 in revenue from BC Hydro (2016 rates). The project received an award of Merit from the Association of Consulting Engineering for engineering excellence and UBCM Community Excellence Award of Merit. 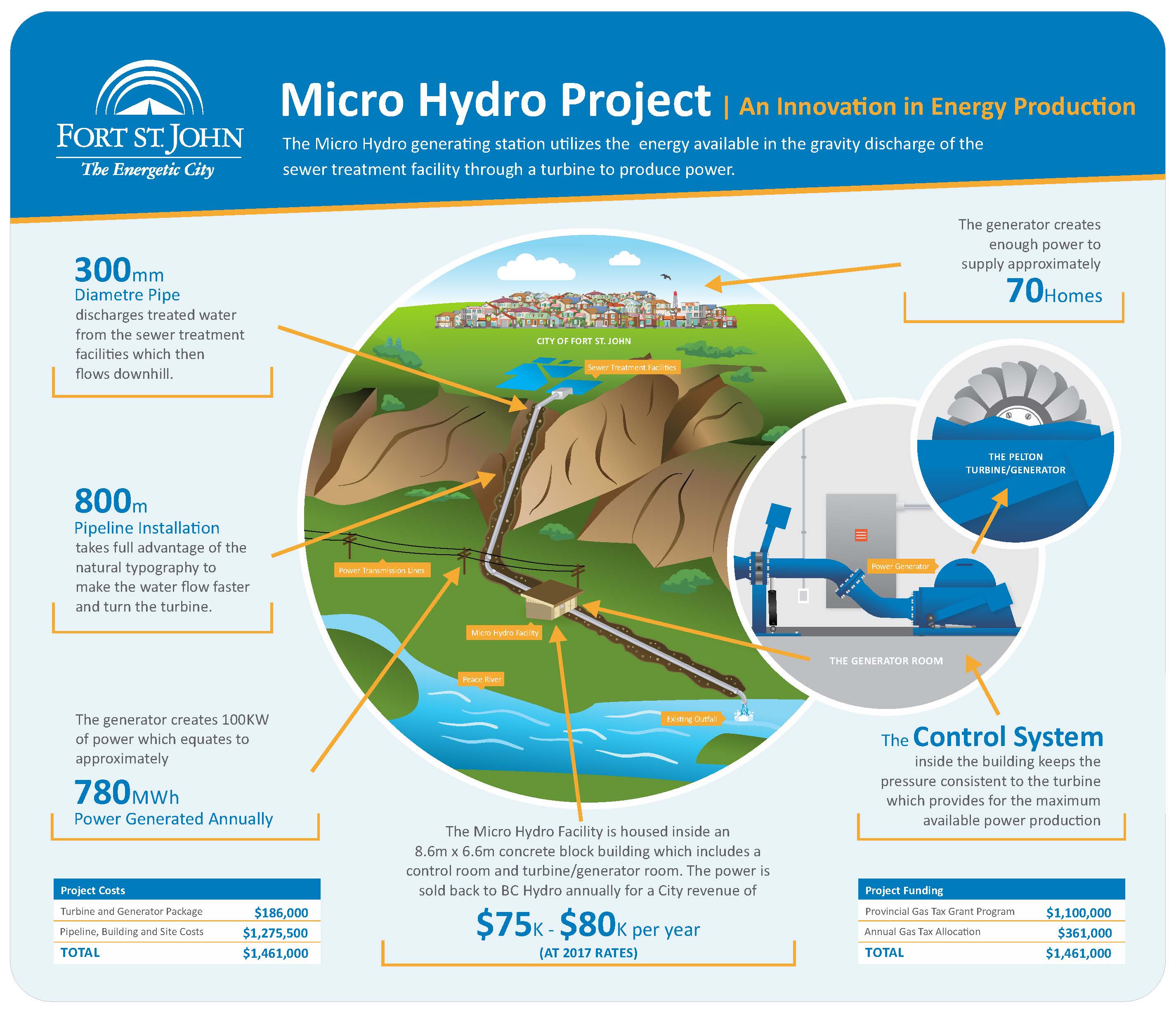