In 2018, as part of the Downtown Action Plan, the City of Fort St. John initiated the process to design and create a “Festival Plaza”, envisioned to be a year-round accessible public open space for hosting a wide variety of programmed events, arts, private functions, entertainment and celebration. The site is located on the northwest corner of Centennial Park, at the intersection of 96 Avenue and 100 Street. Through a series of community engagement sessions, the vision for Festival Plaza was conceived, and construction on the plaza was complete in 2021. 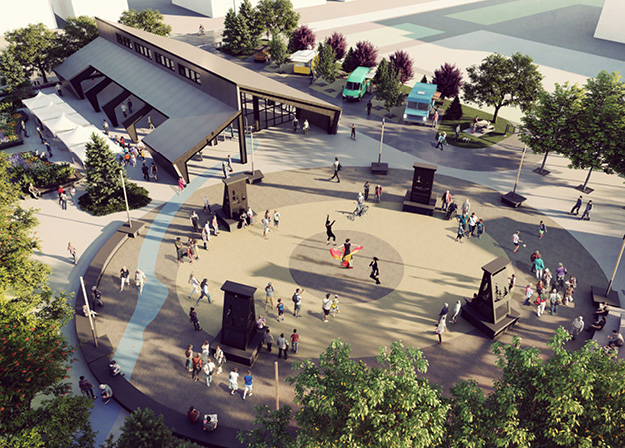 The design of the plaza has strong influences from local ecology, landforms, culture and events. Further, several design elements in Festival Plaza are directly influenced by local First Nation communities, celebrating many generations of First Nation people in the region and telling stories of our area's heritage. Literal imagery will include historical plaques throughout the site, telling the stories of both First Nation and other cultural accounts of our past.

The City of Fort St. John, with the Fort St. John Art Council, hosted a public art competition that offered local artists the opportunity to leave a lasting impression in the plaza. The four winning designs feature cut-out imagery that adorns the four flat metal sides of each fire obelisks. Each of the obelisks was designed around one of four categories; landform, culture, above the horizon, and flora and fauna. 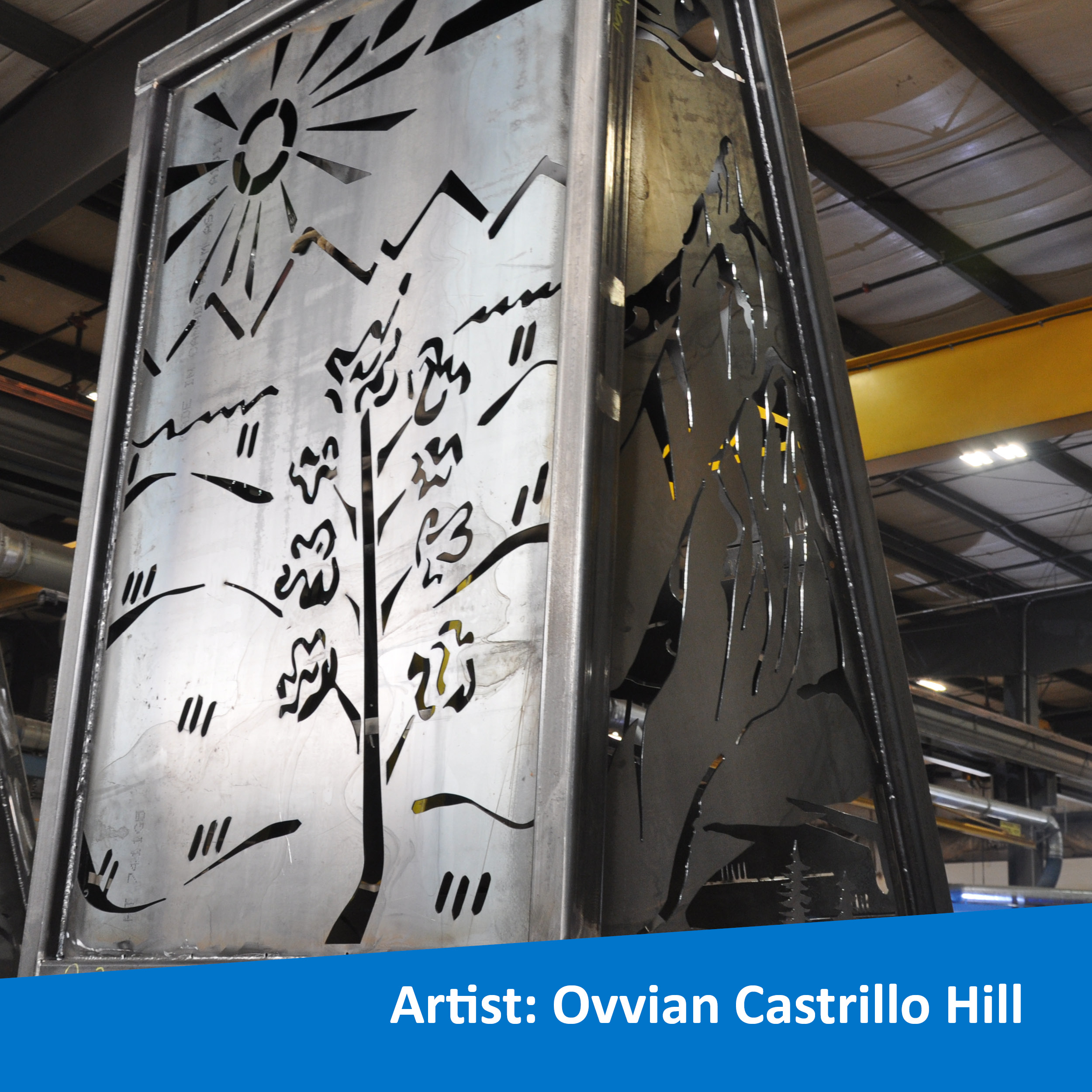 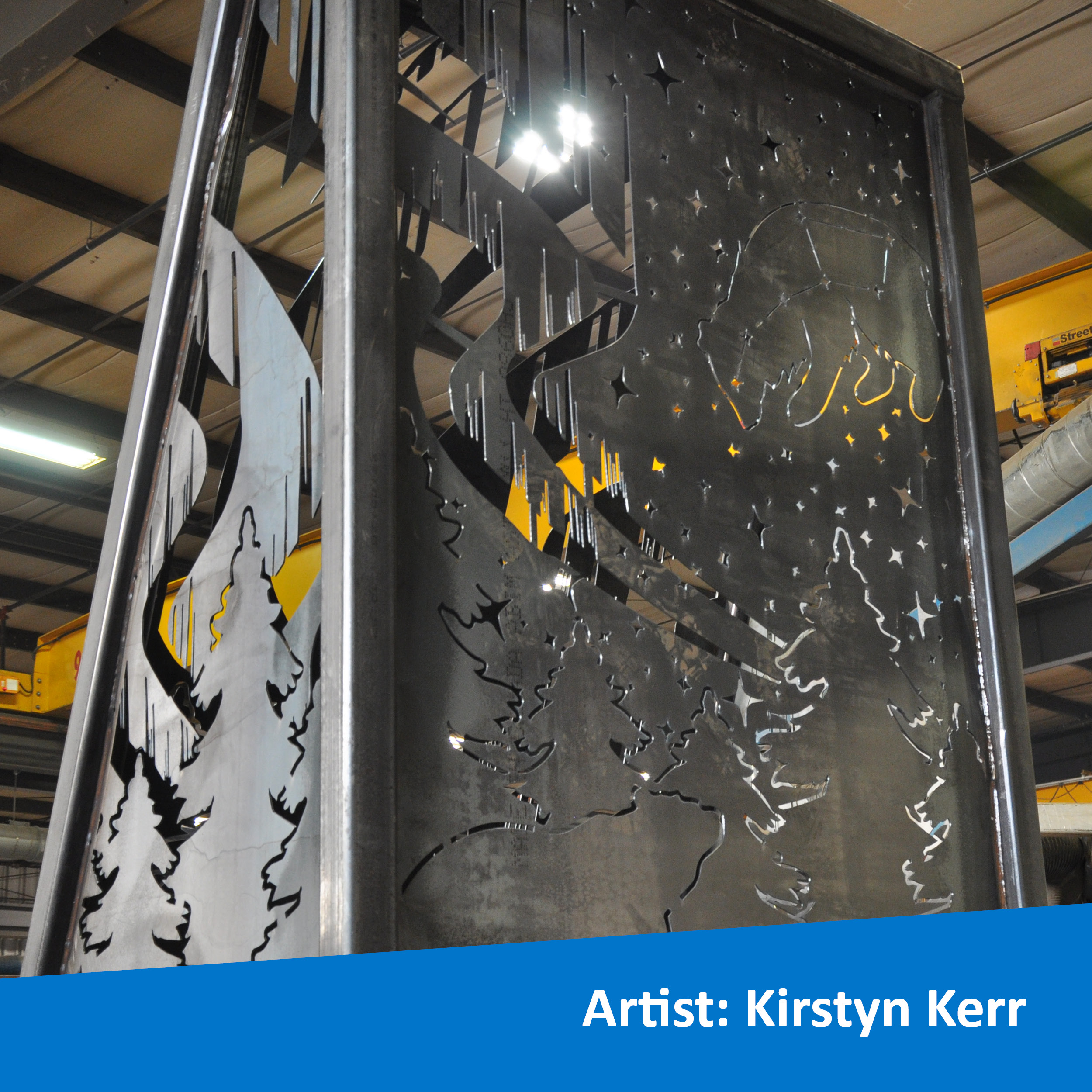 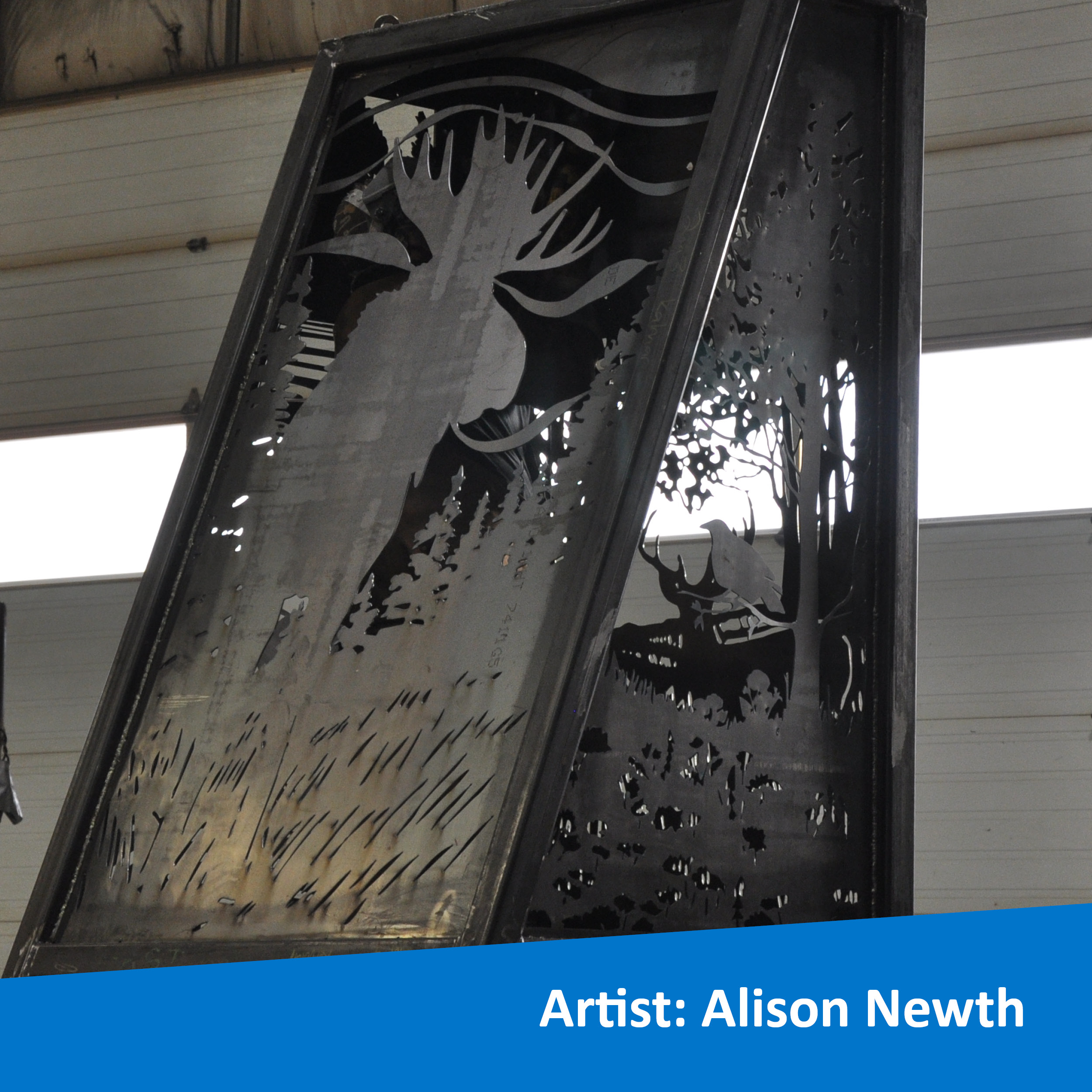