Mayor Ackerman was elected by acclamation and the public was notified of this on September 24, 2018.

There were 12 candidates for six Councillor positions.  Council received the Official Election Results [PDF - 547 KB] at the Regular Council Meeting of October 22, 2018.  Councillors Bolin, Grimsrud, Hansen, Klassen, Stewart and Zabinsky were elected.  The Oath of Office took place on November 5, 2018 at 5:30 pm in Council Chambers.

Overall, the City ranked lowest in the region again for elector turnout. In the region, Hudson's Hope and Pouce Coupe did not have mayoral races either although received 32% and 36% voter turnout.

CivicInfo reported that the average voter turnout for BC was 35.6% so the City is still under the average.

That being said, the voter turnout was higher than the 2014 election which was 15%. 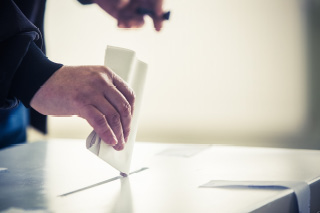