The Peace River Agreement, and its predecessor Fair Share, has provided Fort St. John with over $375 million in funding over the last 25-plus years, which the City of Fort St. John has invested to increase the vibrancy and livability of our community. As stewards of this funding, the City reports annually on priorities and investments. The Province of BC reviews the PRA every eight years.

The PRA is in the form of a Memorandum of Understanding (MOU) with the Province of British Columbia. The agreement includes annual reporting requirements for review and approval by the Ministry of Municipal Affairs.

Use and Allocation of PRA funds

The PRA funds are used to: 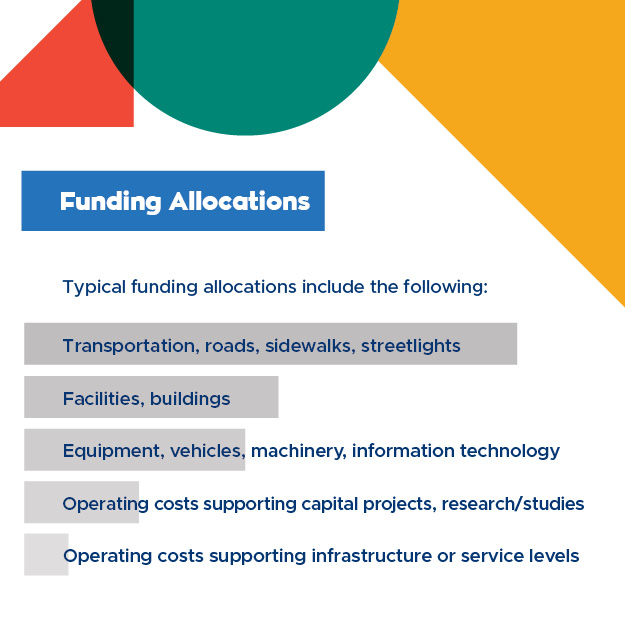 The City of Fort St. John’s asset management program prioritizes capital projects for construction and asset replacement. Allocations from the grant revenue are reviewed and adjusted, as needed, to reflect municipal priorities.

As a responsible and thoughtful steward of the PRA grant money, the City has invested the PRA into projects and initiatives to enhance the services and livability of the City of Fort St. John.

In 2022, the PRA contributed over 89 percent of funding for the City’s capital projects.

These projects are funded through this government partnership, other grants, and user fees, not by local property taxes.

Learn about our budget process.

Share your feedback about major projects and register for updates at Let’s Talk Fort St. John.

The Peace River Agreement was signed by Fort St. John and seven other local governments with the Province of British Columbia in 2015. It recognizes the significant economic benefits of industry in communities in Northeastern BC. Northeast BC contributed $10.8 billion out of $123 billion in total export revenue in BC in 2019.

The municipalities of Northeastern BC play a central role in developing communities which accommodate workforces in the oil and gas, energy, mining and forestry sectors. Communities provide policing, land for housing and other uses, transportation, utility services, recreation, cultural facilities, and other services for residents, workers and industry.

While the industrial tax base contributes significant economic benefits to the region, local governments have not been able to tax industrial operations located outside of their municipal boundaries to fund infrastructure and services.

This Peace River Agreement provides Fort St. John with substantial funding, recognizing the significant regional industrial activity, which has been invested to create a vibrant and livable community for residents and industrial workers.