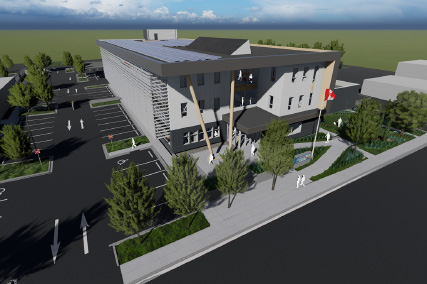 The existing Fort St. John RCMP Detachment building is over 35 years old and nearing the end of its useful life. It currently houses over 90 employees including a combined total of 65 police officers from both municipally and provincially funded units, and 25 support staff responsible for an area of approximately 46,700 km2. The Replacement RCMP Detachment is being constructed just north of the current detachment and will be municipally owned and leased by the RCMP in what is known as a Post-Detachment model combining both municipal and provincial RCMP staff.

The conceptual building design focused on three energy performance targets: net zero energy (NZE), PHIUS+ (Passive House Institute US) and PHI Passivhaus (Passive House Institute, Germany). The City of Fort St. John currently owns one residential passive house, but the proposed detachment building would be the first municipal building to be built to this standard, and one of the first of its kind in the province. Other municipalities are considering this concept for their own upgraded RCMP detachment buildings. Several energy models and estimates were completed and based on these models a Net Zero Energy target was recommended to be adopted for the replacement detachment to maximize economic and environmental benefits.

In addition to the building performance targets, the City is utilizing an Integrated Design Team process to design the detachment. In this process, a team of professionals, including architects, engineers, and project managers, work collaboratively to design the building. This values-based approach, instead of a cost-based approach seen in typical construction projects, leads to greater efficiencies, improved designs, and higher quality projects.

Learn more about the project. 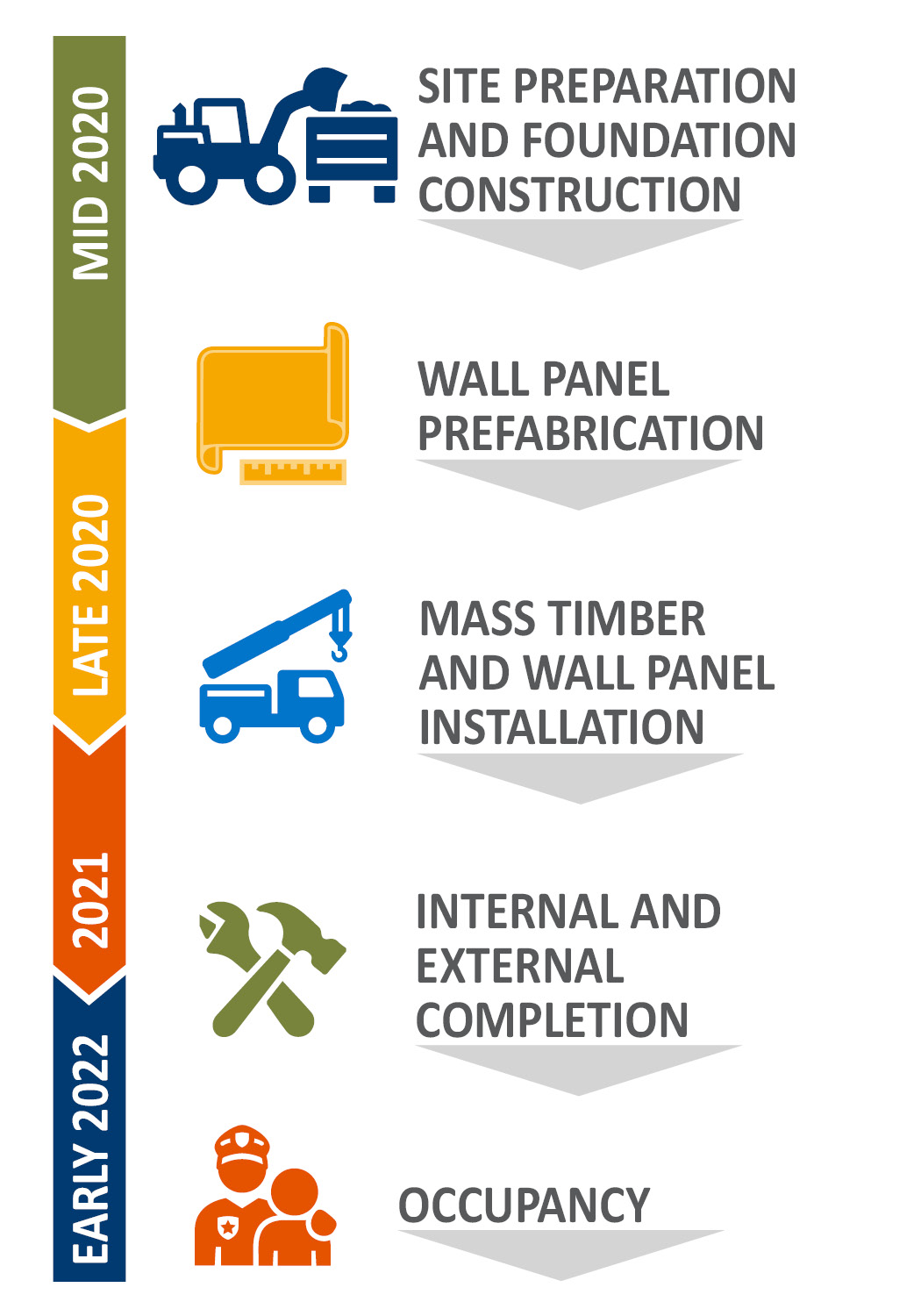 This project is jointly funded by the City of Fort St. John and the RCMP, with the RCMP funding 37.5% of the project through yearly lease payments. Utilizing capital reserve funds that have been set aside for this project, the City will finance the remaining 62.5%. Based on Class C/D cost estimates, the project will cost $51,434,379, with an accuracy of plus or minus 15-18%. The City successfully applied to the Federation of Canadian Municipalities’ Green Municipal Fund for a loan of $10 million and a corresponding grant of $1.5 million or 15% of the amount of the loan. 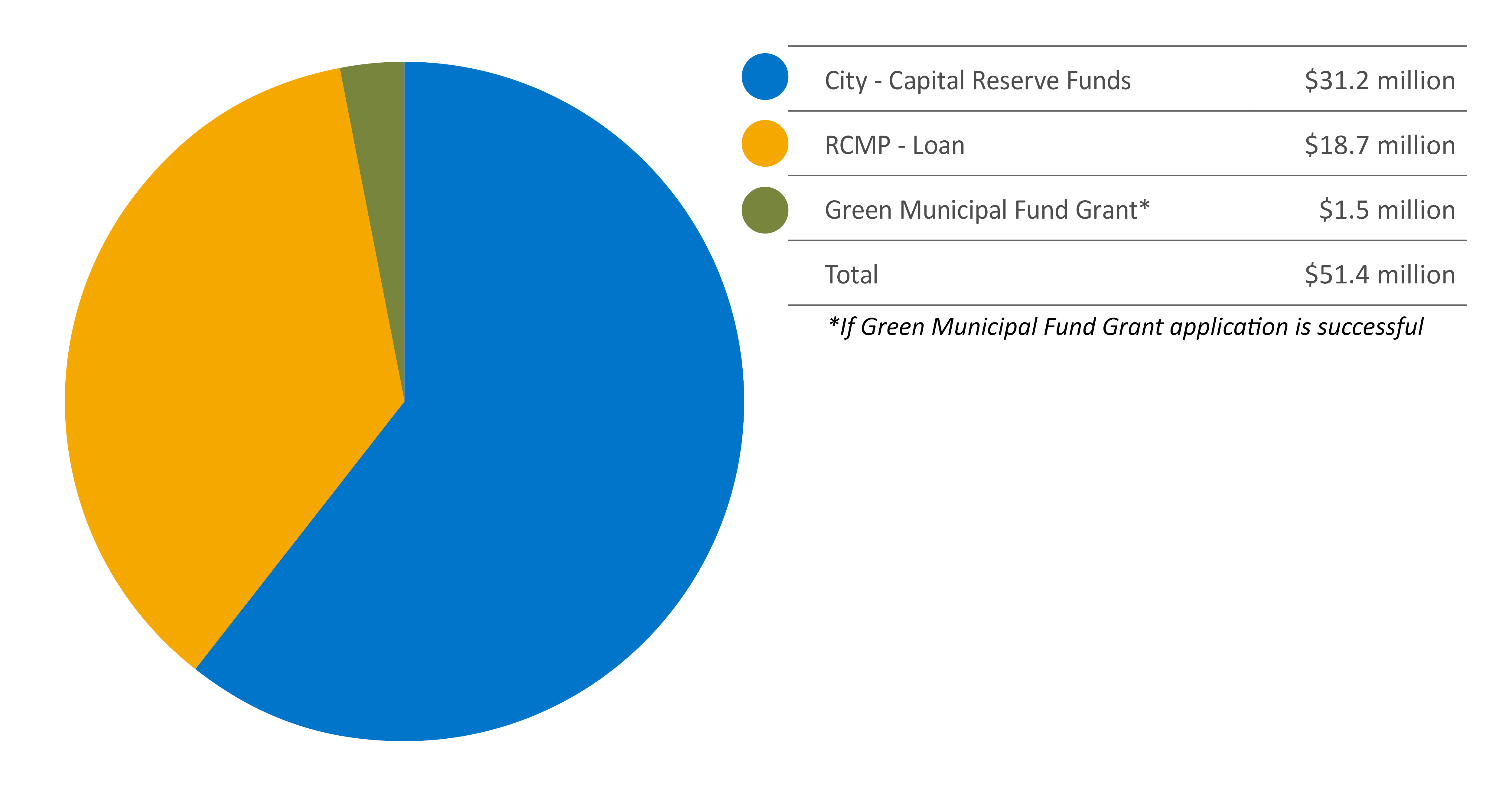 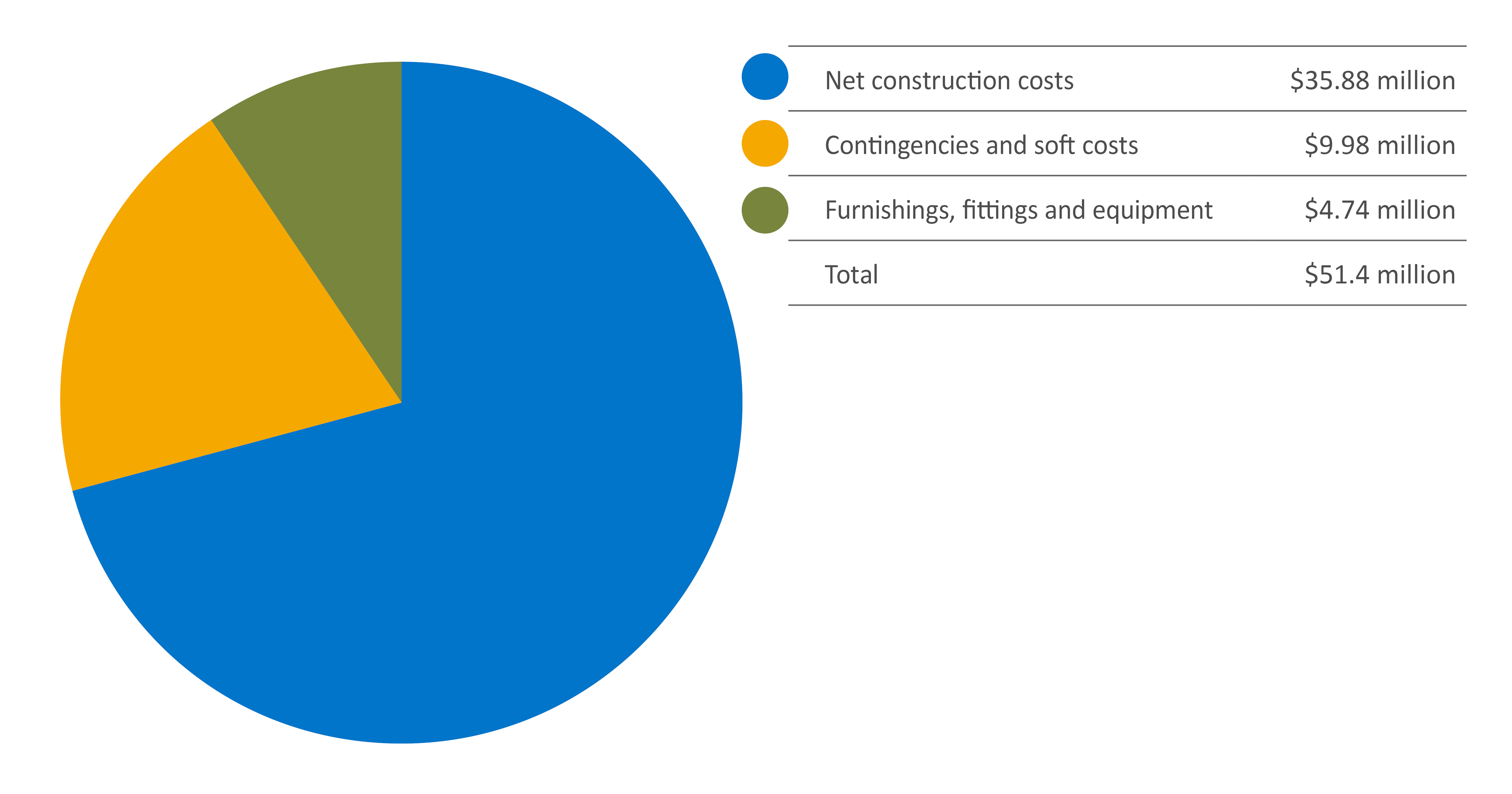